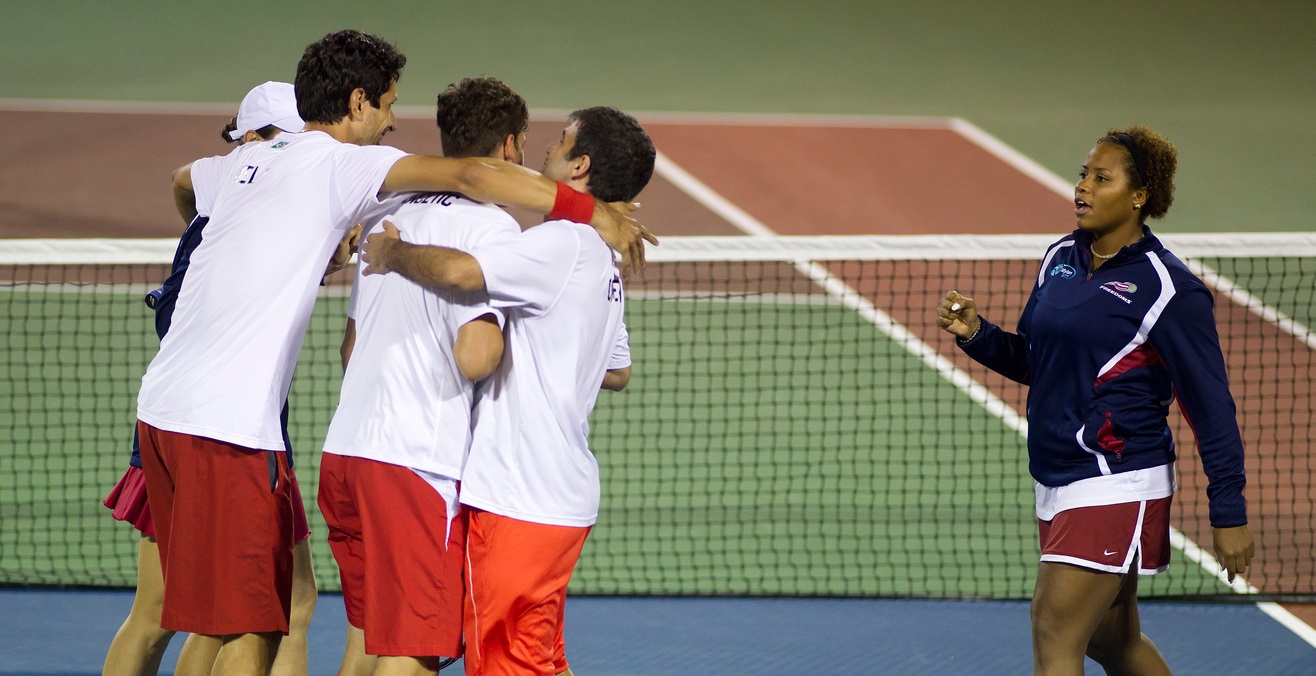 The Philadelphia Freedoms showed once again Sunday night why they are one of the toughest teams to beat in Mylan World TeamTennis. The hottest team in Philadelphia won their fifth straight match, 23-21, against the Boston Lobsters.

Freedoms closers Marcelo Melo and Frank Dancevic were down 4-1 in the final set and saved not five, not six, but seven match points on their way to defeating John Isner and Rik de Voest and sealing the victory.

The Mylan World TeamTennis saying, “every point counts” really came into effect Sunday night. The Freedoms edged out the Lobsters in tiebreakers in the first three sets.

In the first set, Dancevic trailed Isner, who is no stranger to tiebreakers, 2-4 in the tiebreaker before winning the last three points to get the big win against Isner 5-4.

In the following set, Liezel Huber and Taylor Townsend trailed Megan Moulton-Levy and Sharon Fichman 0-3 before winning the final five points to win the set. Melo and Huber then continued to be the hottest mixed doubles team winning the third set in a tiebreaker as well.

The Freedoms had swept the first three sets, but because all three had gone to tiebreakers, Boston only trailed 15-12 at halftime and only needed a spark to shift the momentum.

Fichman proved to be that spark as she took over at the end of the fourth set to defeat Townsend 5-3 and shift the momentum to get the Boston and the crowd back in the match.

The Lobsters went on to win the next three games to take their first lead in the match 20-18. Melo then hit a much needed first serve on a 3-all point to win what many though as a must-win game to put the Freedoms on the board at 1-3 and avoid going down 0-4.

On the next service game, Dancevic trailed 1-3 and faced three match points. The big serving Canadian showed why he is the best server in the league, saving those match points.

The Freedoms got the break of serve off of a de Voest double fault only for Melo to go down 0-3 in his next service game and give the Lobsters three more match points. After Isner put a return in the bottom of the net, the Freedoms had came back to tie the set at 4-4.

With all the momentum in their favor, the Melo and Dancevic pulled away at 3-3 to win the tiebreaker 5-3 and win the match 23-21.

The Freedoms have now won five straight matches and are back at home to close the season. Tomorrow night the Freedoms will play Andy Roddick and the Austin Aces.

The Freedoms, now with seven wins on the season, trail the Washington Kastles by one match, and will get a chance to play the Kastles on July 23rd, which could turn out to be the deciding match for who wins the eastern conference.