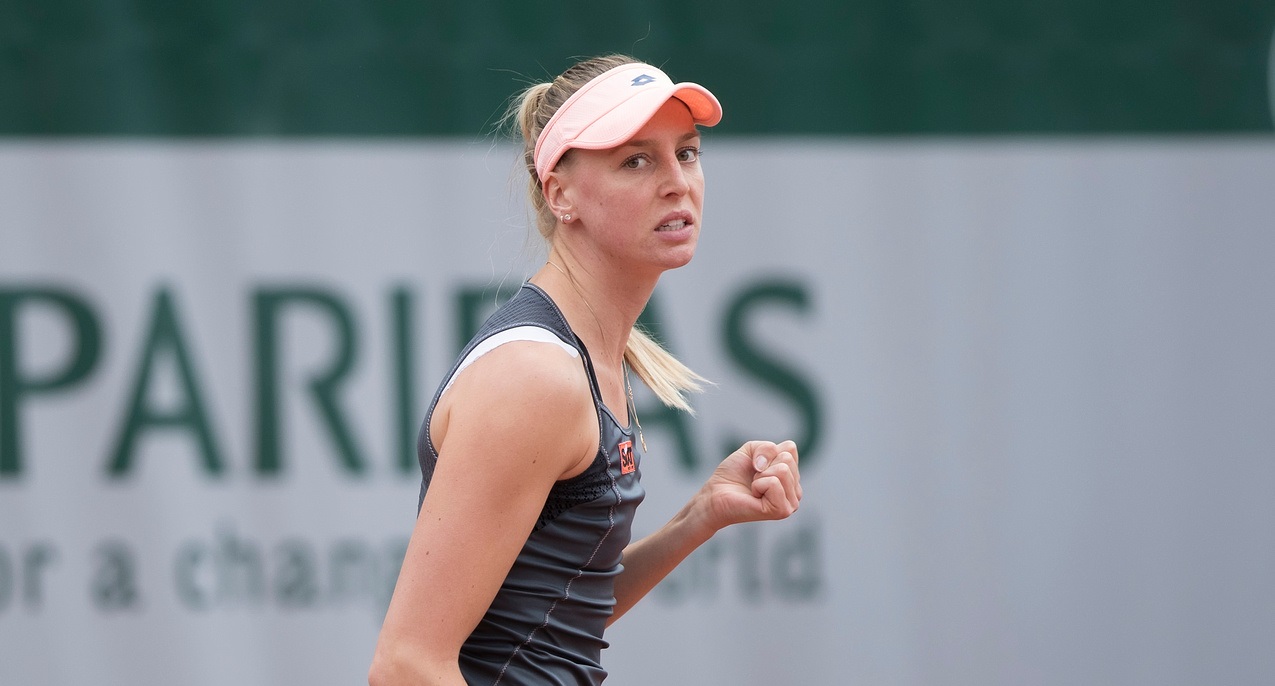 Naomi Broady of Great Britain represented her country on the courts of Wimbledon when she faced Elina Svitolina of the Ukraine in the first round. But fast forward to July and Broady will be playing for the Philadelphia Freedoms and owner Billie Jean King when she competes in the 41st action-packed season of Mylan World TeamTennis presented by GEICO.

Broady, who hails from Stockport, England, is making her Mylan WTT debut this year for the Freedoms. The 6’2” player, whose brother Liam is also a professional tennis star, will fight alongside her Philly teammates for a spot in the Mylan WTT finals in August.

“I’ve heard amazing things from players who have played in WTT before so I’m super excited,” she told Mylan WTT. “We don’t get to play much team stuff in tennis so I’m really looking forward to being in that atmosphere.”

She also praised the team’s owner, Billie Jean King. “Billie is a heroine for so many men and women. It’s just an honor to be on her team,” said Broady. “Her tennis career was incredible and what she’s done for not just women in sport but women in general on and off the tennis court is amazing and I’m just so excited she will now even know who I am.”

Notably, the young athlete from Great Britain has secured her best Grand Slam results at Wimbledon in her 10 years as a professional player. In fact, Broady advanced to the quarterfinals in mixed doubles on the grass of the All England Club in 2014. That year, she also made it to the second round in singles.

Broady has enjoyed a successful year so far. Earlier in 2016, she won her biggest title to date by capturing the $100,000 title in Midland. She was also the doubles runner-up at the event with fellow Mylan WTT star Shelby Rogers, who’s playing for the San Diego Aviators. On the WTA Tour, Broady advanced to the semifinals at Kuala Lumpur and the quarterfinals in Auckland where she took out world No.16 Ana Ivanovic.

Overall, Broady has 22 ITF titles, including 9 in single and 13 in doubles.

“I’m super competitive so I’m really looking forward to being around the other players and building a great team spirit together with them,” added Broady. “I’ve only been to Philadelphia once before so I’m looking forward to getting to see a bit more of the city I’ll be playing for too!”