A Brief History Of The Philadelphia Freedoms 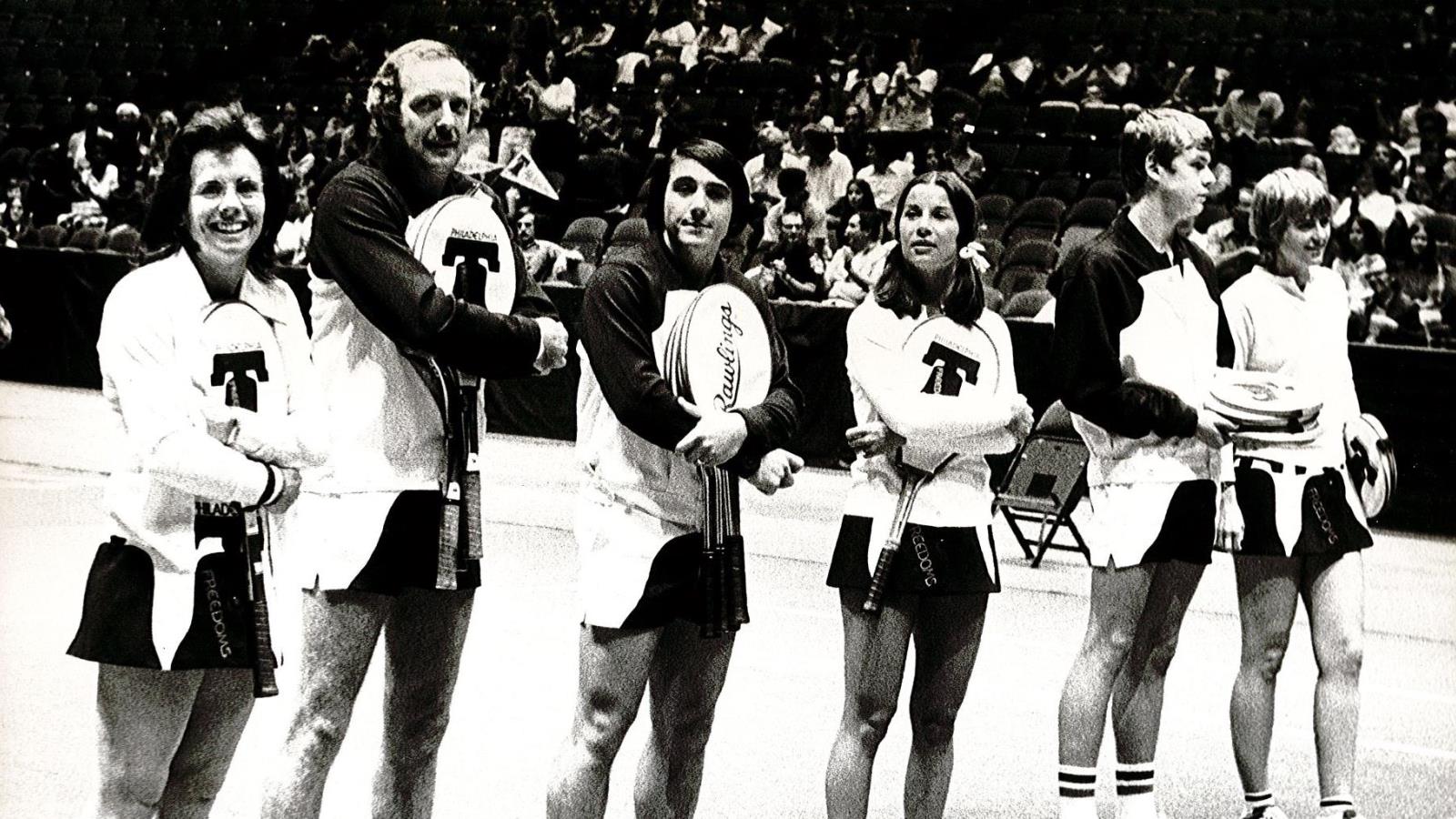 World TeamTennis co-founder Billie Jean King’s historic career has long been intertwined with her love of and passion for her WTT franchise: the Philadelphia Freedoms.

Since the franchise’s start during the very first season of the league in 1974 and over the years, King has been a fierce competitor, coach, mentor, and owner of the team. That very first year, King not only played for the squad but also served as the coach.

The Freedoms launched World TeamTennis into existence. The league began on May 6, 1974, in a huge event at Philadelphia’s massive sports arena, the Spectrum, as the Philadelphia Freedoms initiated the league into action against the Pittsburgh Triangles. That match made history: WTT was the first professional sports league to be created since the National Basketball Association came to fruition on November 1, 1946. So, nearly 30 years later, the United States finally had a new professional sports league to rally behind.

Opening night at the Spectrum arena in Philadelphia was a huge success, drawing in thousands of fans. “It was totally exciting having ten thousand people watching a match in the Spectrum,” said Larry King about those early matches in an interview with WTT.

They rode that momentum during the season’s play and the Freedoms advanced all the way to the championship round. There, they faced (but lost) to the Denver Racquets by a score of 55-45.

“We responded to the crowd in a positive manner,” said Billie Jean King after the very first WTT match in 1974. “Tennis has finally begun relating to the masses, and people are really going to start getting turned on to the sport. It may take five years, but it’s gonna happen.”

But while they didn’t win on the court that year to claim the WTT trophy, the Philadelphia Freedoms did win at becoming a music phenomenon thanks to King’s close friend Elton John.

During the summer of 1974, John recorded what’s now one of his most well-known songs in honor of King’s team. The song, dubbed “Philadelphia Freedom,” was one he recorded during breaks between sessions for Captain Fantastic and the Brown Dirt Cowboy.

Although “Philadelphia Freedom” wasn’t released officially until 1975, the song became one of his most popular hits in the U.S., climbing to the top spot.

King said she was thrilled by the choice to name the song “Philadelphia Freedom.” “I said, ‘That’s great. It will be a great gift to the people of Philadelphia,’” she explained in an interview. With the song released officially a year after for the Bicentennial, King said that its timing was perfect, too.

“I love the word ‘freedom.’ I would say it is one of my all-time favorite words since I was a child. I remember talking about freedom in elementary school,” she said. “And I am the one who named the team the Philadelphia Freedoms. And then in 2009 I got the Medal of Freedom from President Obama,” added King. “It just goes on and on.”

After that first year and a tremendous run to the finals, the Philadelphia Freedoms franchise shuttered until 2001. But what a return it was. The team was comprised of tennis legend Jimmy Connors, David Di Lucia, Don Johnson, Lisa Raymond, Rennae Stubbs. It was coached by Raja Chaudhuri.

They clicked together, too, advancing through the Eastern Conference to claim a spot in the WTT Finals in Flushing Meadows, N.Y. where they faced the Springfield Lasers, winning 20-18 in stunning fashion.