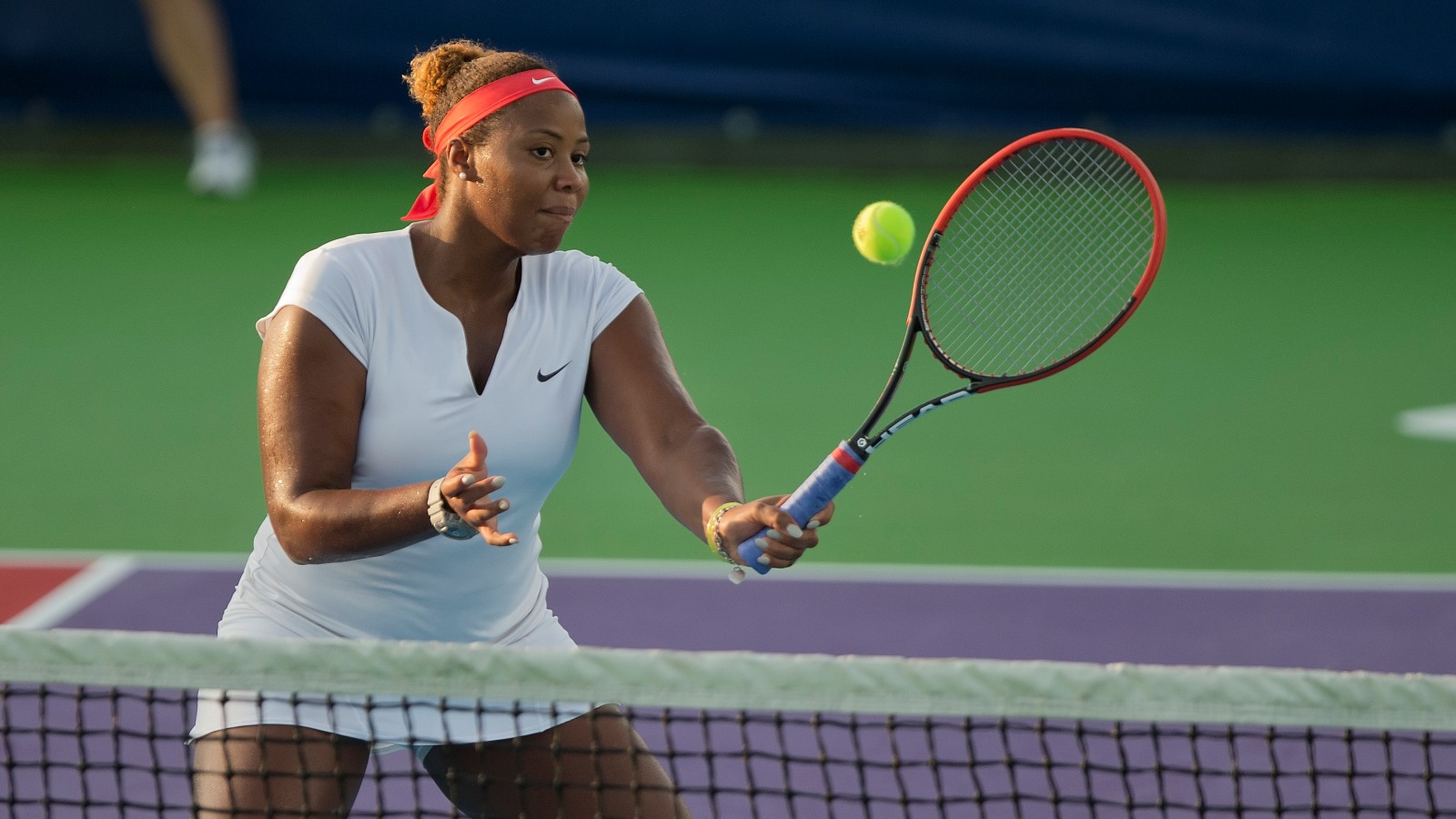 In today’s Mylan World TeamTennis Roster Draft, the Freedoms added to their already stellar 2017 lineup which already featured marquee players Andy Roddick and Sloane Stephens! The team traded up to get the first overall pick in the draft and selected Darian King. He joins returning Freedoms Fabrice Martin, Taylor Townsend and Donald Young, who will rejoin the team as a roster-exempt player.

As a subscriber to Freedoms E-News, you will be the first to receive *EXCLUSIVE* access to a special pre-sale on 2017 Freedoms tickets later this week. Watch your inbox!

The Freedoms made a splash to begin today’s draft, making a trade with New York to move up to the #1 overall pick, selecting King. Darian is the no. 1 ranked player from Barbados and highest-ranked Barbadian player in ATP history. A rapidly rising star on the ATP Tour, King boasts two career pro singles titles and to go along with twelve junior titles. He has represented Barbados internationally in in Davis Cup play and at the 2016 Summer Olympics in Rio.

Frenchman Martin returns to the Freedoms for a second consecutive season. In 2016, Fabrice won the Mylan WTT Male Rookie of the Year Award for his outstanding play in Men’s Doubles and Mixed Doubles. He is the winner of three career ATP Doubles titles including winning the ATP Qatar Open in January earlier this year.

Townsend returns to the Freedoms for her third season with the Freedoms and fourth overall year of Mylan WTT play. The Chicago native has earned an impressive fifteen career combined ITF singles and doubles titles and just this past year reached the US Open Quarterfinals in women’s doubles. With her serve-and-volley attack, the popular Taylor helped lead the 2015 Freedoms to within one win of the Mylan WTT Finals.

American star Young is set to return to the Freedoms for his second consecutive season as a roster-exempt player. Donald is currently the no. 6 ranked American singles player on the ATP Tour and has twice reached the Round of 16 in singles at the US Open. In 2014, Young also reached the US Open Mixed Doubles semifinals… playing with Freedoms teammate and fellow Chicagoan Taylor Townsend!

The Freedoms will play 14 matches during their 2017 regular season schedule, including seven home matches between July 17 – July 29 at Hagan Arena at Saint Joseph’s University. An exclusive pre-sale for Freedoms E-News subscribers begins later this week. Not a member? CLICK HERE to sign up now!