2017 US Open Women’s Singles Champ Guaranteed to Be Past or Present Freedom! 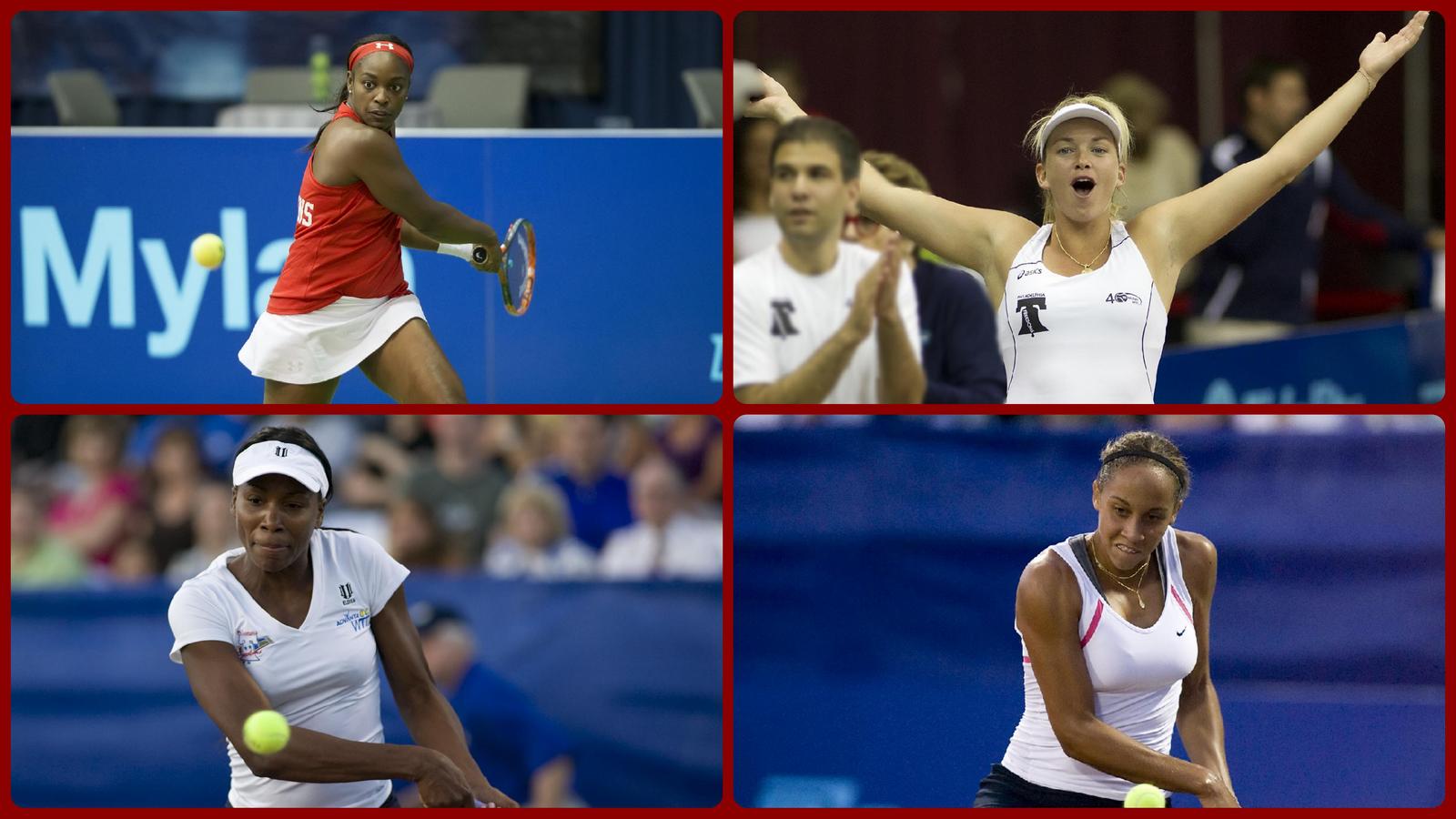 Talk about #ServingFreedom! All four of the remaining players in the 2017 US Open women’s singles draw are either current or former members of the Philadelphia Freedoms!

2017 Freedoms star Sloane Stephens will play in her second career Grand Slam semifinal Thursday night in a rematch with two-time US Open champion Venus Williams, who played for the Freedoms from 2006 to 2010. This highly anticipated match will be the first time Sloane has played Venus since their women’s singles matchup in Philadelphia this past July 24 when Venus visited with the Washington Kastles!

In Thursday night’s second all-Freedoms semifinal, no. 20 seeded American CoCo Vandeweghe, who thrilled Freedoms fans in 2015 and 2016, takes on no. 15 seed Madison Keys! Keys played the entire season for the Freedoms as a 14 year-old teen phenom in 2009. Both former Freedoms seek their first-ever Grand Slam final appearance.

“We’re thrilled with the success that Sloane and all our Freedoms players — past and present — are having at the US Open. The exciting, highly-competitive format of Mylan World TeamTennis gives players the opportunity to play pressure points every match, and that always helps to develop players into the champions that we are seeing this week. We are proud to have hosted an all-star roster of stars like Sloane, Venus Williams, CoCo Vandeweghe and Madison Keys at the Philadelphia Freedoms over the past several years,” says Freedoms General Manager Barbara Perry.

From Freedoms fans and the entire Freedoms family, good luck to all Freedoms players past and present!