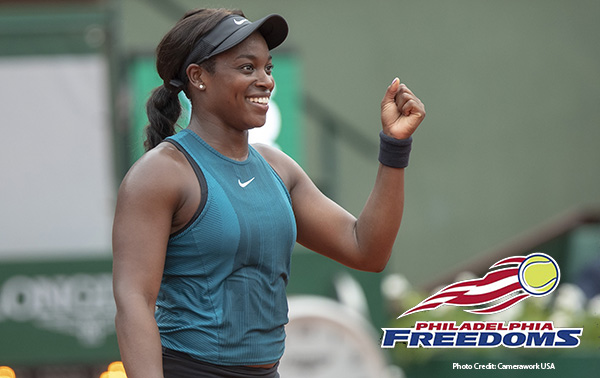 She has done it! Sloane Stephens (playing in Philly July 19) has earned her way into her first career French Open semi-final at Roland-Garros, after defeating Daria Kasatkina 6-3, 6-1. Kasatkina previously defeated world No. 2 Caroline Wozniacki.

The Freedoms star and 2017 US Open champion will face fellow American and former Freedom Madison Keys. The semi-final match-up will also be a re-match of last year’s US Open final that Stephens won for her first major title.

The tenth seed, Stephens has been in top form throughout the tournament and has looked much like the same player that raised the trophy on Arthur Ashe last August. After persevering past Camila Giorgi, winning 8-6 in the third set, Stephens has lost just six games total in her last two matches.

Recently winning the Miami Open against last year’s French Open champion, Jelena Ostapenko, Stephens is in pursuit of winning her second career major title. She leads the head-to-head against Keys 2-0 and hasn’t dropped a set in either meeting.