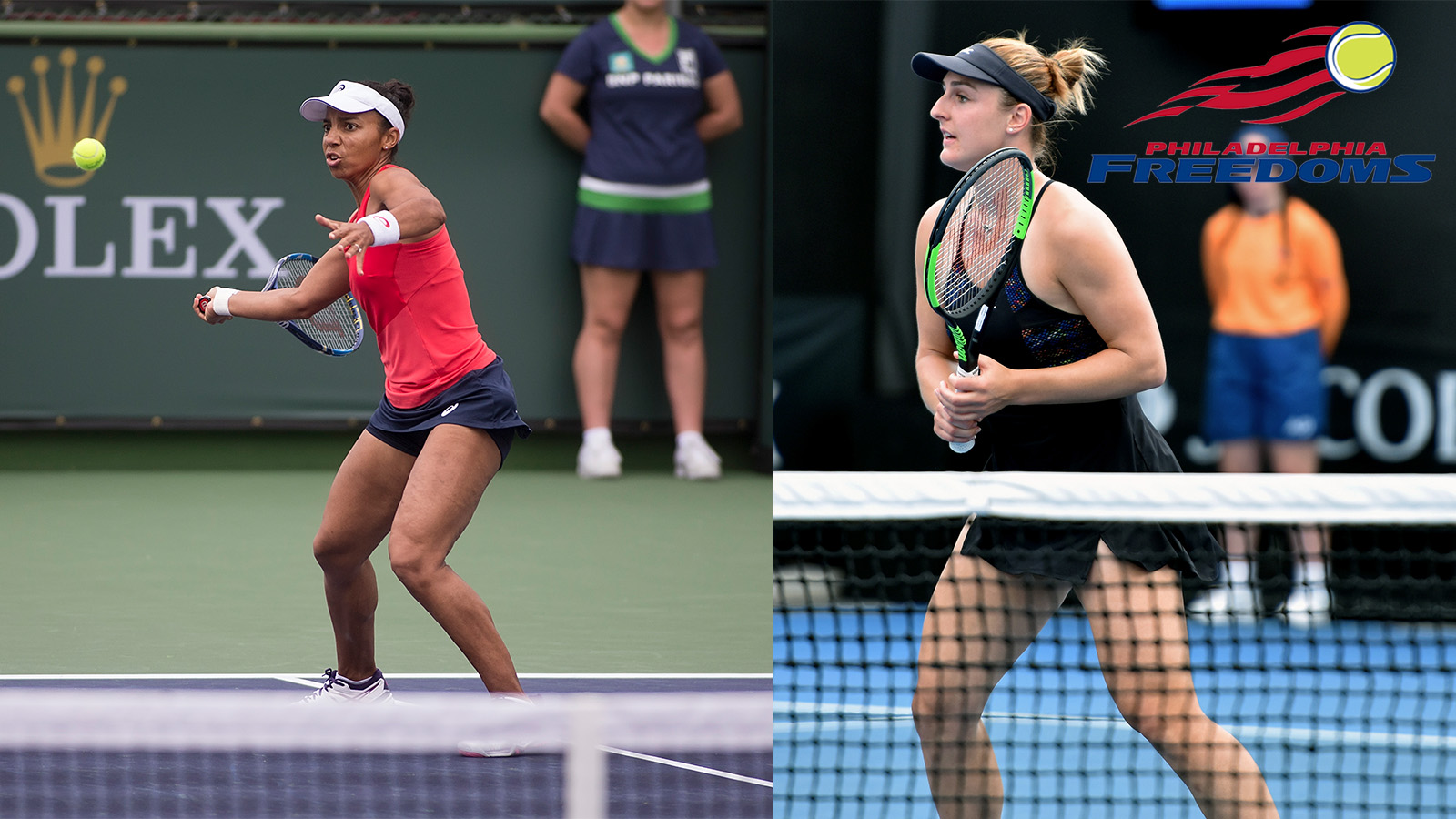 The Philadelphia Freedoms have added a French Open finalist and top-10 player in doubles as well as the No. 2 American doubles player to the team. Joining the Freedoms are Gabriela Dabrowski and Raquel Atawo. Dabrowski and Atawo replace Anna Anisimova who has withdrawn from the season due to injury.

Dabrowski and Atawo are two of the top doubles players in the world giving the Freedoms an excellent doubles line-up that will also include Fabrice Martin and Taylor Townsend.

A two-time major champion, Dabrowski will join the Freedoms on July 24th, 25th, and 26th. The No. 1 Canadian ranked player, and No. 10 ranked doubles player in the world, she won the 2017 French Open and 2018 Australian Open, both in mixed doubles. She made the finals at this year’s French Open, but lost in three sets.

While a newcomer to World TeamTennis, Dabrowski has played a key role on Canada’s Fed Cup team. A member of the national team since 2013, she’s won six matches in the prestigious world tournament and helped them to the quarterfinals in 2015.

Also joining the Freedoms will be World TeamTennis veteran, Atawo. Atawo will join the team for the entirety of the 2018 season. A star at the University of California, she won the 2003 NCAA doubles championship as well as the 2002 and 2003 Pac-10 doubles crowns. She also won the 2004 Pac-10 singles championship and earned the title of 2004 Pac-10 Player of the Year.

On the pro-tour, she has made her name in doubles and is currently the No. 2 ranked American doubles player. She reached the women’s doubles semi-finals at the 2014 Australian Open and Wimbledon in 2015.

Make sure to get your tickets to see the newest members of the Freedoms, as they take the court at beautiful Hagan Arena.