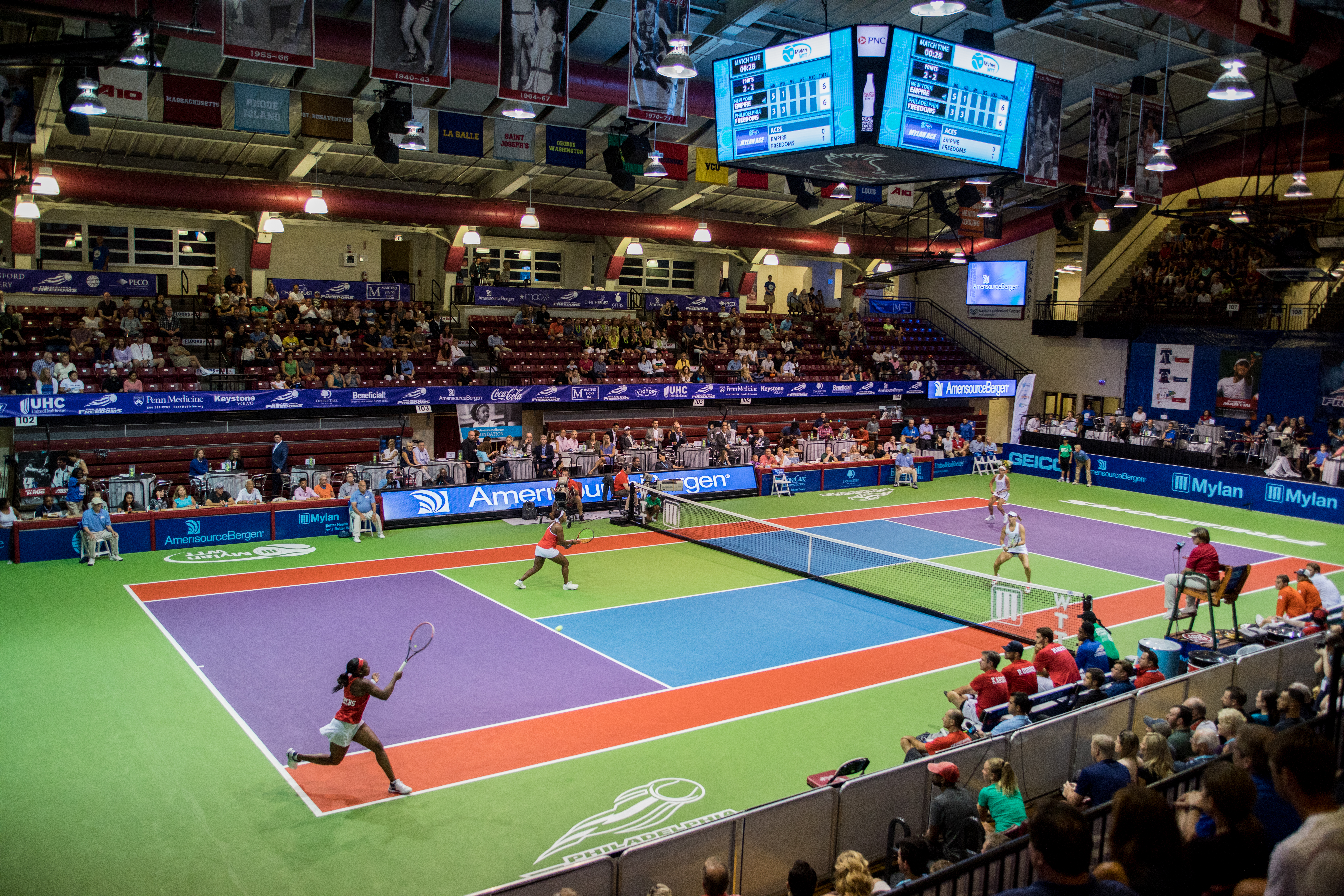 Officiating will take on a new look during the 2018 season of World TeamTennis presented by GEICO this July as WTT will use the electronic line-calling system Hawk-Eye Live for all matches in team markets.

Hawk-Eye Live will make the on-court calls, supported by only two officials – the chair umpire and a review official in the Hawk-Eye booth to monitor foot faults. The real-time ball-tracking technology determines whether a shot is in or out immediately after it has landed.

With 43 matches over 22 days in six team markets, the utilization of Hawk-Eye Live will be the most extensive implementation of electronic line-calling in tennis. Hawk-Eye statistical data and line-calling graphics will be incorporated into coverage on WTT’s new live streaming platform, WTT.tv presented by GEICO. Hawk-Eye Live will also be integrated with the in-stadium LED screens as well as WTT television broadcasts. All WTT matches will be available to view free on WTT.tv. The 43rd season of World TeamTennis kicks off on Sunday, July 15, and concludes with the WTT Finals on Sunday, August 5.

The Hawk-Eye Live system uses 12 ball-tracking cameras and six foot fault cameras. The technology has been utilized in other sports such as soccer and cricket.

“WTT has always embraced technology and innovation as a game-changer in the sport,” said WTT Commissioner Ilana Kloss. “This line-calling system is another way to move the sport forward and enhance the match experience for fans, players and viewers on WTT.tv.”

The automated line-calling technology is also expected to help streamline play, building on a trend with WTT matches. With the addition of coach’s timeouts in 2012 and the 25-second service clock in 2015, WTT match times have been reduced by approximately 30 minutes over the past five seasons.