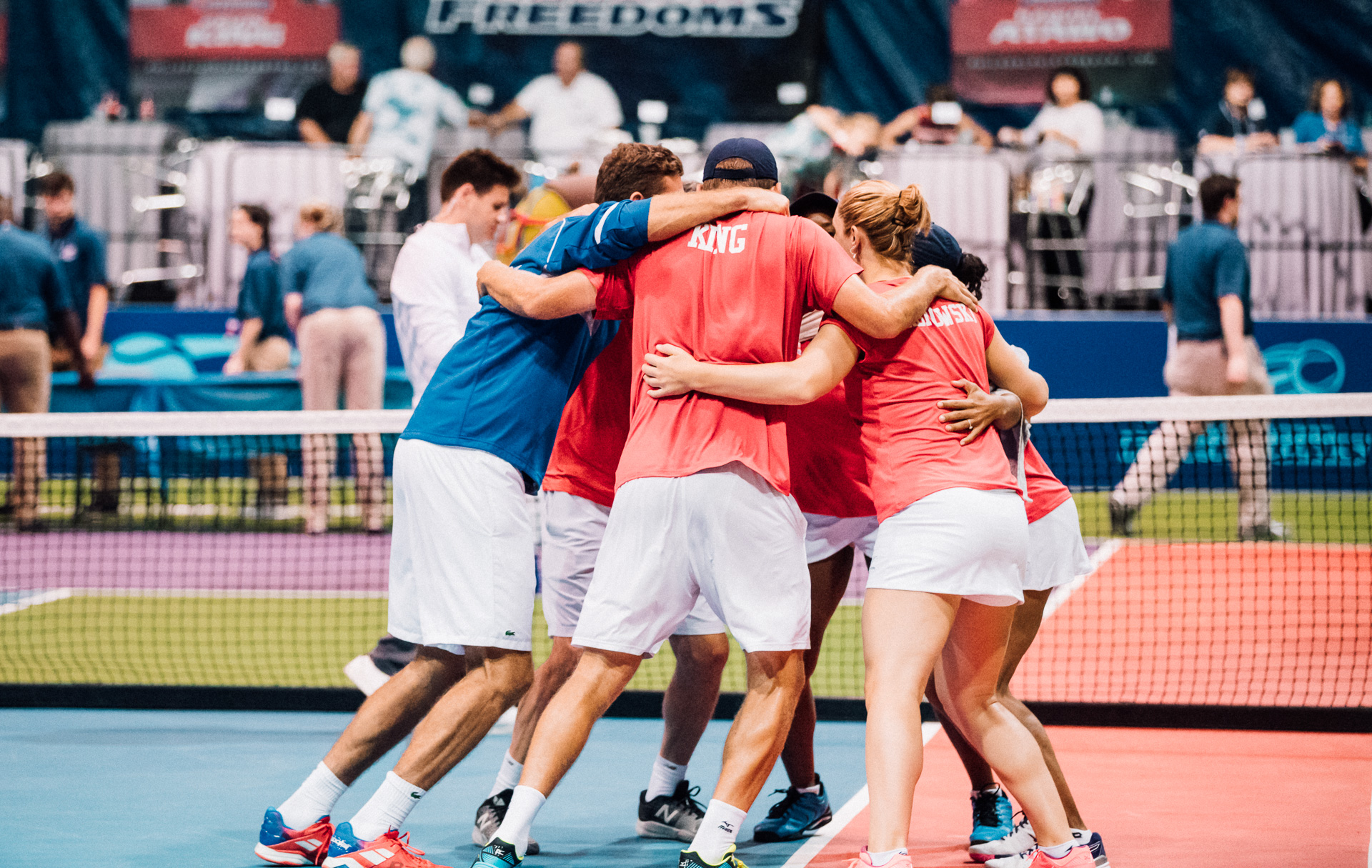 PHILADELPHIA – The Philadelphia Freedoms continue to be the hottest sports team in Philadelphia. After defeating the San Diego Aviators 25-12, the Freedoms are now winners of five straight.

* The 12 games given up by the Freedoms are the least number of games that the team has lost in a match this season.

* The 13 game margin of victory marked the largest of the season for the Freedoms.

* The Freedoms went a perfect five for five in 3-all, deciding points.

* Taylor Townsend stayed undefeated. She is now a perfect 8-0 in women’s singles.

* The Freedoms improve to 2-0 against the Aviators this season.

The Freedoms earned their fifth straight win on Thursday afternoon in the team’s lone matinee match of the season. The mixed doubles duo came out on the right side of a tiebreaker in the first set. After going down 3-1, the duo won four of the next five points to take the tiebreaker and set 5-4.

That momentum carried into the next two sets as it was all Freedoms from that point forward. Taylor Townsend and the men’s doubles team of Martin and Kevin King won back-to-back 5-1 sets to give the Freedoms a convincing 15-6 lead at the half.

Up 20-9 after Raquel Atawo and Dabrowski took women’s doubles 5-3, Freedoms’ rookie and closer Kevin King got the late break on Marcus Willis in men’s singles to give the team its fifth straight victory.

The Freedoms will play their next three matches on the road. It all starts on Friday when they will host WTT Chicago presented by Magellan Corporation at XS Tennis Center. The team will return to Philadelphia on August 1 against the New York Empire for #ServingFreedom night.

Fans can buy tickets at philadelphiafreedoms.com/tickets or by calling ticketmaster at 800-745-3000.