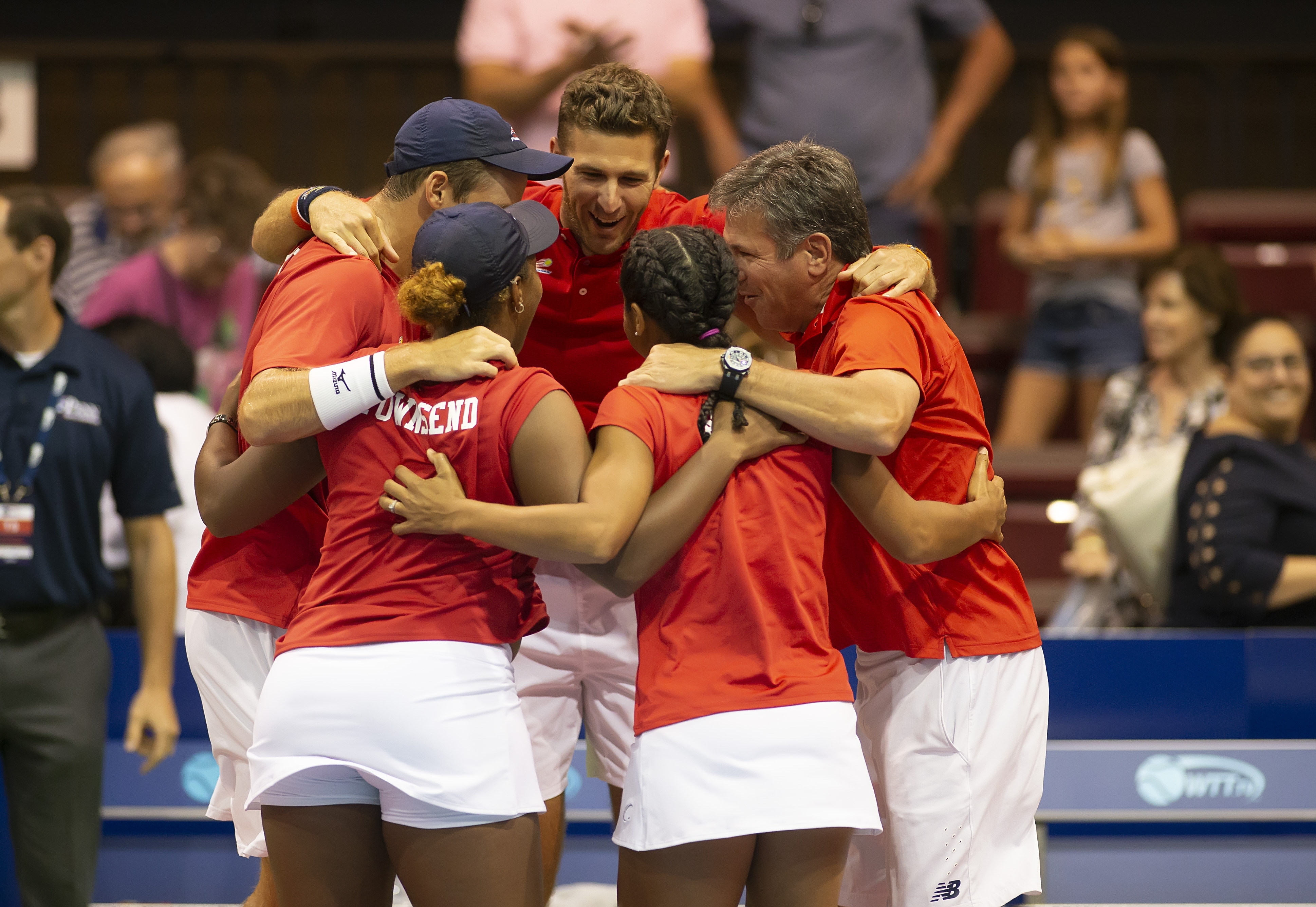 PHILADELPHIA – The Freedoms continue their red-hot streak after winning their fourth straight match on Wednesday improving to 7-1 on the season. After getting revenge and defeating the Orange County Breakers 24-16 in last night’s match-up, the Freedoms extend their winning streak to four games in a row. The third place San Diego Aviators visit Hagan Arena to take on the Freedoms in a special afternoon match, starting at promptly 12:00pm ETD.

* The 7-1 Freedoms hold a game and a half lead over the 6-2 Washington Kastles, as they will meet tomorrow in Chicago at 7:00pm.

* Taylor Townsend continues to remain undefeated in Women’s Singles, as she holds the league lead with seven wins and 35 games won.

* Kevin King has continued to be the closer of the Freedoms, being able to close out his last four singles matches with a league leading 34 games won.

* The Aviators keep battling to remain in playoff contention, with a 5-3 record on the season.

* Women’s Doubles partners Anna-Lena Groenefeld and Naomi Broady have found much success together, as they rank second in rankings just behind Townsend and Atawo.

* Marcus Willis leads the league in Men’s Singles with a 28-18 record.

The Freedoms continue their four-game home stand tomorrow against the Washington Kastles. The match will be held in Chicago for WTT Chicago presented by Magellan Corporation. The match will start at promptly 7:00pm! #ServingFreedom