Freedoms To Host World TeamTennis Finals at the Daskalakis Athletic Center at Drexel University On August 5th at 2 p.m. 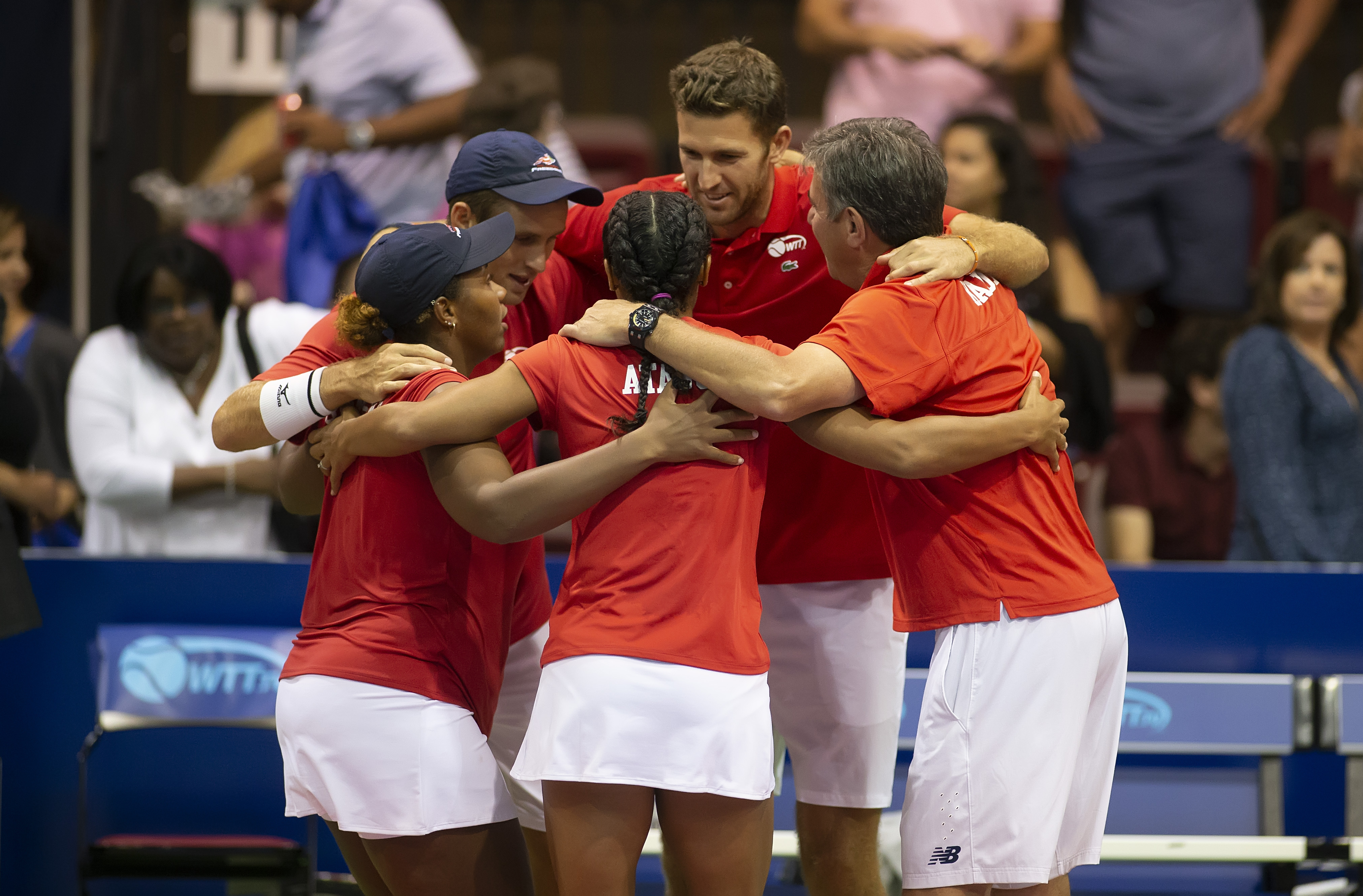 The top-seeded Philadelphia Freedoms will how the World TeamTennis Finals at the Daskalakis Athletic Center at Drexel University on Sunday, August 5 at 2 p.m. The Freedoms are headed to the WTT Finals for the first time since 2006. Their opponent has yet to be determined as competition for the second seed remains fierce.

“At the start of this season Coach Craig Kardon and I both knew there was something very special about this Philadelphia Freedoms team, and it is showing in their results,” said Billie Jean King, Freedoms owner. “Taylor (Townshend) is having an incredible season and is in the hunt for the league’s MVP. Kevin (King) is having a banner year and could be Rookie of the Year. Raquel (Atawo) has really stepped up her intensity, which has won us some key games each match, and Fabrice (Martin), the 2016 Rookie of the Year, has shown his experience in the WTT format and has been there in the clutch at several pivotal points this season. I am extremely proud of our team, excited we will host the WTT Finals, and I hope we can bring another championship to the City of Philadelphia.”

“Drexel Athletics is thrilled to assist in bringing world-class tennis to the DAC and to our campus. I want to congratulate the Freedoms for hosting the finals and wish them the best of luck in bringing the title home to Philadelphia – our City of Champions,” said Dr. Eric Zillmer, Athletics Director at Drexel University.

The 2018 regular season of World TeamTennis presented by GEICO concludes on Thursday, August 2. The Freedoms have one more regular season home match remaining. They will meet the New York Empire at Hagan Arena on the campus of Saint Joseph’s University on Wednesday, August 1.

Tickets for the WTT Finals are $20 and will be available beginning on Tuesday, July 31 at 2 p.m. at Ticketmaster.com.

The Freedoms previously played for the WTT championship three times, winning the title in 2001 and 2006. This will be the first time that Philadelphia has hosted the Finals since the league’s inaugural season in 1974.

World TeamTennis (WTT) showcases the best in professional tennis with the innovative team format co-founded by Billie Jean King in the 1970s. Recognized as the leader in professional team tennis competition, WTT features many of the world’s best players competing annually for the King Trophy, the league’s championship trophy. In July 2015, WTT became the fifth major professional team sports league in the U.S. to reach the 40th season milestone. In 2017, team owners Mark Ein and Fred Luddy acquired majority ownership of the organization. The 43rd season of WTT presented by GEICO begins July 15 and concludes with the WTT Finals on August 5. For more information, visit www.WTT.com.