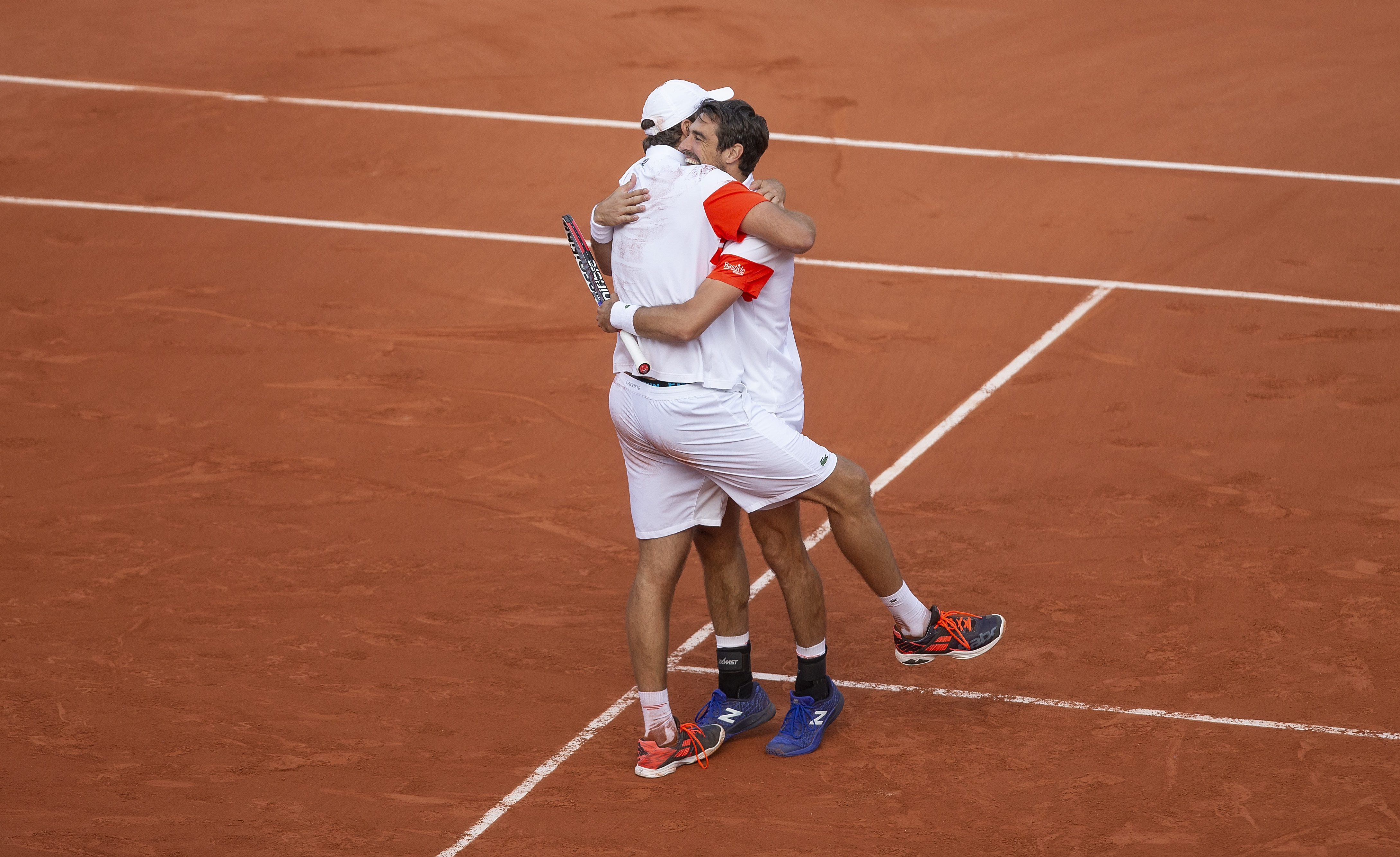 The Philadelphia Freedoms’ Fabrice Martin and his doubles partner Jeremy Chardy have been teammates on the tennis court since they were children, playing at their local tennis club in the mountains of southern France. Today, the duo earned an opportunity to reach the pinnacle of French tennis. After a 7-5, 6-4 win over Colombians Robert Farah and Juan Sebastian Cabal, the French pair advanced to the Roland Garros men’s doubles final.

The first set was a back-and-forth affair, with the first eleven games of the set won by the serving team. Martin’s excellent service and play at the net propelled him and his teammate to a crucial break to win the set 7-5. With pressure mounting on Cabal and Farah, and the Frenchmen up 5-4, Martin and Chardy were able to force a series of crucial errors on the part of their Colombian opposition that culminated in the match-deciding double fault.

Their success at this year’s Roland Garros tournament can be attributed to the hard work of both men and their ability to seemingly read each other’s minds. Martin and Chardy’s style of play at times resembles an abstract painting, with streaks of white and blood orange flashing around the red clay. When Martin zigs, Chardy zags.

The pair’s unlikely journey began in the first round. They came into the tournament with no expectations, facing 15th seeded pairing Ben McLachlan and Jan-Lennard Struff. McLachlan and Struff came into Roland Garros still feeling good on the back of an appearance in the final of the Dubai Tennis Championships. Martin and Chardy emerged victorious, 6-3, 6-3.

In the second round they faced a similarly unseeded pairing in Matwe Middelkoop and Tim Puetz. After winning a tough first set that went to a tiebreaker, Chardy and Martin rallied to win the second set swiftly, the final scoreline of the match read 7(7)-6(4), 6-2. There was no time to rest on their laurels, however. A date with top seeds Marcelo Melo and Lukasz Kubot awaited.

By the time the third round match with Melo and Kubot came around, it started to look like Martin and Chardy’s luck had run out. The first set was a grueling battle that resulted in the pair’s first, and to date only, dropped set of the tournament. However, the Frenchmen dazzled in the following two sets, upsetting the top team in the tournament 5-7, 6-2, 6-3.

Their next step put them face to face with Rajeev Ram and Joe Salisbury, who they defeated in straight sets, 6-4, 7(8)-6(6), in no small part by tripling the number of aces that their opponents were able to produce. This effort set up the anticipated semifinal matchup against Cabal and Farah, which they would go on to win.

Martin and Chardy will be meeting new opponents in the final of Roland Garros 2019, having never faced the German pairing of Kevin Krawietz and Andreas Mies. That match will take place on Saturday, after the ladies’ doubles final. Until then, Fabrice and Jeremy will be soaking in the glory of reaching a Grand Slam final on home court.

“It’s exciting. It is my dream to be here, especially next to my best friend Jeremy. Hopefully the adventure continues.” Martin said from the court after their win over Cabal and Farah. Chardy not only described the experience as “amazing to be there with your best friend on the court,” but also went on to call his own shot, proclaiming “We’re together. We have the whole crowd. We are the favorites.”