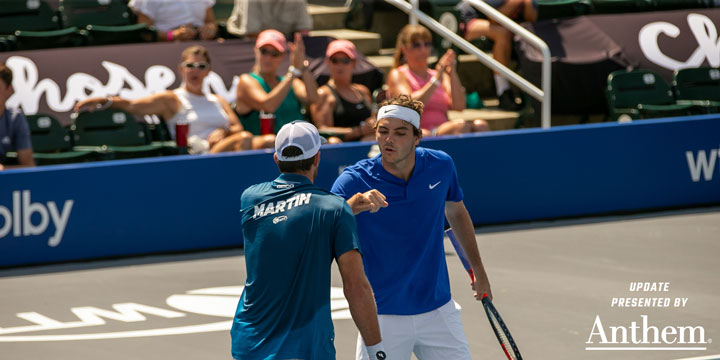 Are you watching today’s match? Send us pictures and videos while you watch the match by Tweeting them to @PhillyFreedoms and using the hashtag #ServingFreedom!

The Match will be Televised on CBS Sports Network

Following an off day tomorrow, the team returns to the court on Monday at 12PM to take on the Springfield Lasers for the second time this season. The match on Monday will be televised on Tennis Channel.

Then, the team will face the first place expansion Chicago Smash on Tuesday afternoon at 3PM. That match will also be televised on Tennis Channel.