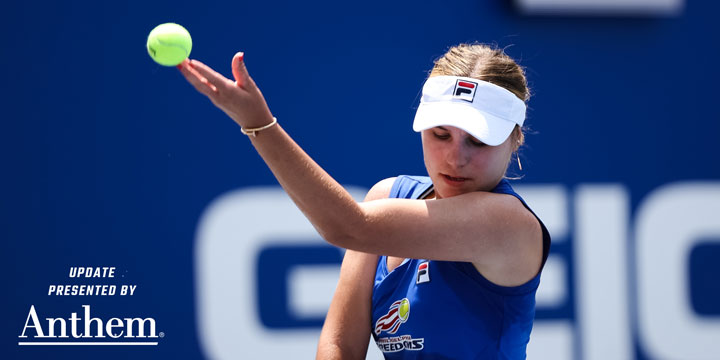 The 5-1 Freedoms play the expansion Chicago Smash, also 5-1, in a battle for sole possession of first place in the World TeamTennis standings this afternoon at The Greenbrier. The Smash are led by former Freedoms star and 2017 US Open Singles Champ Sloane Stephens. The Smash also feature Genie Bouchard, Rajeev Ram, Bethanie Mattek-Sands, Evan King and Brandon Nakashima. The 3PM match will be televised on the Tennis Channel.

How to Watch Tennis Channel

The Freedoms will battle the Las Vegas Rollers and the Bryan Brothers on CBS Sports Network tomorrow night at 7pm.

After an off day on Thursday, the Freedoms return to the court on Friday afternoon to take on the Orange County Breakers. The match against the Breakers will be televised LIVE on Tennis Channel at 3PM.