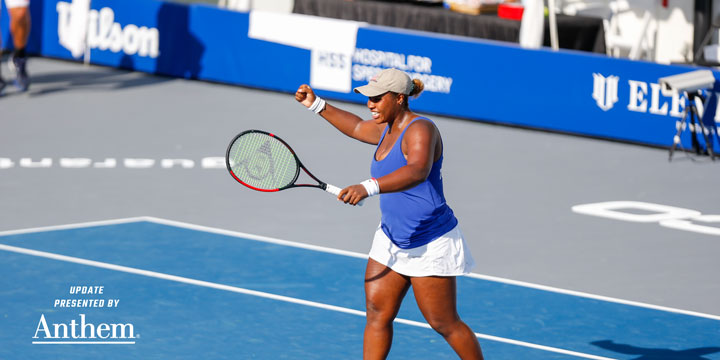 For live score updates, pictures and highlights from tonight’s match against the Vegas Rollers, follow the Philadelphia Freedoms and World TeamTennis!

After an off day on Thursday, the Freedoms return to the court on Friday afternoon to take on the Orange County Breakers. The match against the Breakers will be televised LIVE on Tennis Channel at 3PM.

Then on Saturday morning, the Freedoms take on the Orlando Storm at 9AM. The match will be streamed live on Facebook.