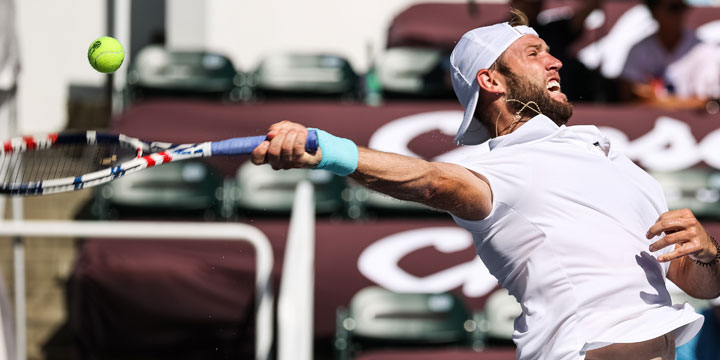 For the past couple of seasons, the New York Empire and Philadelphia Freedoms have added their chapter to the sports rivalry between the two cities just 100 miles apart from each other.

NEW YORK EMPIRE vs. PHILADELPHIA FREEDOMS MATCH STATS
For the second consecutive season, it was the No. 4-seeded Empire defeating the top-seeded Philadelphia Freedoms in the semifinals 22-18 to advance to the WTT finals where they will face the winner of the Orlando Storm/Chicago Smash match.

“We played the most dominant team over the past couple of years. They are a great team with a great vibe, and we are extremely grateful to be in the position of playing for it all,” Empire coach Luke Jensen said. “They defeated us a couple of days ago and I said to them just have fun. Doing that puts the pressure on them and takes the pressure off of us.”

New York went into the final discipline – men’s singles – with a 17-14 lead. Jack Sock would take the court for New York while Taylor Fritz, who loves playing in the fifth spot would represent Philadelphia. The two young American stars would not disappoint the fans in attendance trading big serves and big baseline shots.

The two would hold serve and head into tiebreak. A Sock victory in the breaker would give the match to New York while Fritz win would force Extended Play. With the breaker level at 3-3, Sock would unleash two big forehand winners to earn the 5-3 win in the tiebreak and 5-4 win the final set to give his team the victory.

“New York was better than us today,” said Philadelphia coach Craig Kardon. “They played like had nothing to lose and we played like we had everything to lose. We knew it was going to come down to the final set which was men’s singles and we didn’t have enough games to have Taylor (Fritz) swing freely.”

Things looked bright for Philadelphia to start the day when they took an early 2-0 lead in men’s doubles by breaking Sock’s serve. Fabrice Martin would serve next looking to push the lead to 3-0 and give Philadelphia some early breathing room. Unfortunately, that would not happen as New York would find its rhythm winning five of the next six games to take the set 5-3.

Kenin jumped out to an early lead holding a 3-1 lead before Vandeweghe rallied again to force the tiebreak. This time it would be Kenin emerging victorious in the breaker to slice the New York lead to just 9-8 heading into mixed doubles.

Fabrice Martin and Taylor Townsend have been stalwarts for Philadelphia in this discipline the past few years. Saturday belonged to New York as the duo of Sock and Vandeweghe were too much for the Freedoms winning 5-1 with Philadelphia’s only game coming when Kardon substituted Fritz in for Martin.

“I have played with Jack (Sock) a couple of times in Hopman Cup and we had some good success, so we were ready to battle,” said Vandeweghe. “As long as he has my back, I have his.”

“Sock and Vandeweghe played really well today,” said Kardon. “I probably waited too late for substituting Fabrice, but I wanted to see if he could hold serve or getting a couple of return shots,” “He has only been broken once or twice the entire season but not in mixed doubles.”

Looking to get back into the match to give Fritz a chance in the end, Townsend and Caroline Dolehide had an uphill battle against one of the top doubles teams in Vandeweghe and Nicole Melichar, who came over from San Diego in a trade.

Townsend and Dolehide would do their part for Philadelphia earning the 5-3 win and slicing the deficit to 17-14 setting up the dramatic conclusion.

Philadelphia finished the year as the No. 1 seed for the third consecutive season.
New York advances to the finals for the second consecutive year.

New York will play the winner of Orlando/Chicago match in the WTT finals tomorrow at 12 PM ET on CBS for the King Trophy.