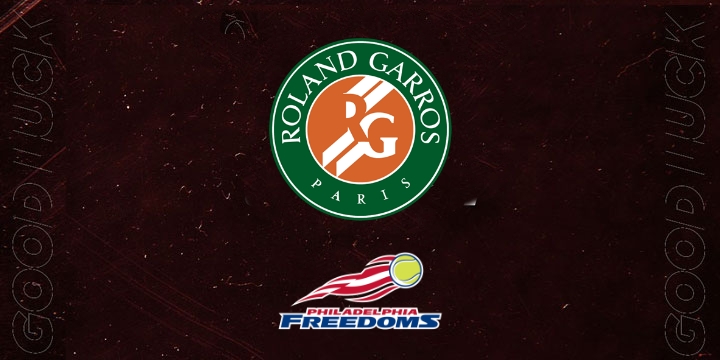 Sofia Kenin is the Highest-Seeded American; No. 4 in Singles Draw

Sofia Kenin upset Serena Williams last year at Roland Garros in straight sets en route to the round of 16 where she fell to eventual champion Ashleigh Barty in three sets. A year later, Kenin is set to return to Roland Garros, this time as a Grand Slam champion.

Kenin is the No. 4 overall seed and one of the favorites to win the women’s singles title in 2020. In the opening round, Kenin will face Ludmilla Samsonova, in what will be the first career meeting between the two 21-year-olds. Kenin’s quarter of the draw includes No. 8 Sabalenka, No. 11 Muguruza, No. 14 Rybakina and fellow World TeamTennis star No. 21 Brady.

Fritz is One of Two Seeded American Men; No. 27 in Singles Draw

Taylor Fritz seeks to reach at least the third round of a Grand Slam for the third time in 2020. While Fritz has yet to make it out of the second round at Roland Garros, he has shown signs of strength on the clay. In 2015, he reached the Roland Garros boy’s singles final which he lost to fellow American, best friend and 2019 Freedoms star Tommy Paul.

Fritz, the No. 27 seed, will face a qualifier in the first round. To make a deep run, he will have to overcome several top-ranked opponents in a star-studded quarter of the draw that includes No. 3 Thiem, No. 8 Monfils, No. 12 Schwartzman, No. 16 Wawrinka, No. 24 Coric and former World No. 1 Andy Murray.

Fabrice Martin Returns to Home Slam Ranked No. 23 in the World!

Fabrice Martin enjoyed his best career Grand Slam finish last year at Roland Garros when he and Jeremy Chardy reached the men’s doubles final. Martin and Chardy are currently playing phenomenal tennis, as they reached the doubles final at the ATP Masters 1000 event in Rome last week. Martin is ranked No. 23 in the world, which is one shy of his career-best. With another strong showing in Paris, Martin would reach a new career-high ATP doubles ranking.

That feeling when you advance to the Semifinals at your home Grand Slam with your best friend! Congrats, @fabmartin86 and @jimchardy! #RG19 pic.twitter.com/2drk88Zhwe

Caroline Dolehide will appear in the doubles draw for the first time in her career. Dolehide is currently ranked No. 37 in the world and will likely team up with fellow American Jennifer Brady.

The Roland Garros doubles draws are expected to be released next week.

Follow the Freedoms on social media @PhillyFreedoms to get live scores and updates from Roland Garros!