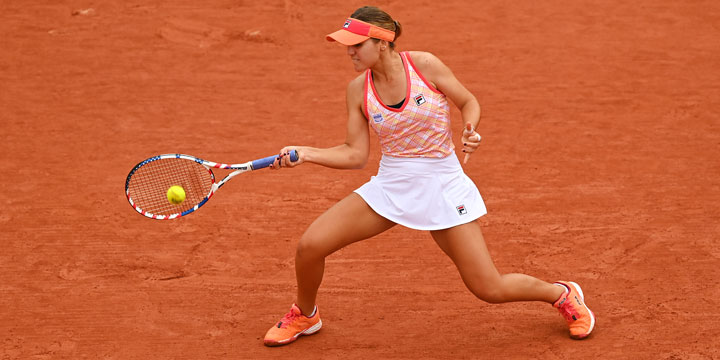 Sofia Kenin survived a tough first round battle on a rainy day in Paris to advance to the second round with a 6-4, 3-6, 6-3 win over Russia’s Samsonova. Kenin kept her composure to claim the first clay court win of the season, firing 26 winners and breaking Samsonova six times en route to victory in two hours and 11 minutes.

Following the match, Kenin said, “I was just relived.” This was Kenin’s first match since suffering a 0-6, 0-6 loss to Victoria Azarenka in Rome just a few weeks ago. The American bounced back in Paris, and she advanced to the second round here for the second year in a row.

Kenin will play World No. 93 Romanian Ana Bogdan in the second round. The second round match will be the second career match between Kenin and Bogdan. Bogdan won their first meeting in 2018 at Montreal 4-6, 6-2, 6-4.