Martin and Chardy Advance to Second Round 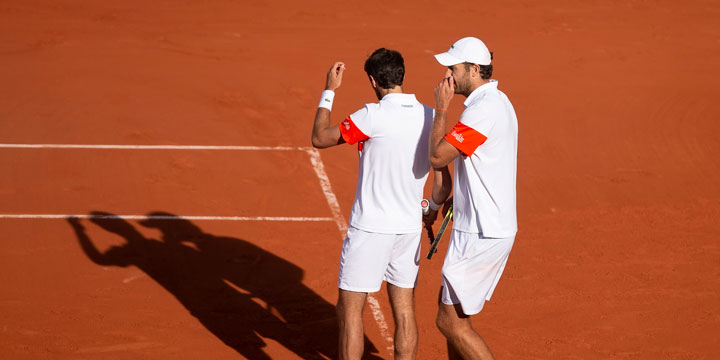 Fabrice Martin and Jeremy Chardy beat the Australian duo of James Duckworth and John Millman 6-7(5), 6-4, 6-0 in the first round of men’s doubles at Roland Garros on Tuesday evening. The Frenchmen won 99 total points compared to 83 won by the Australians. After dropping the first set, Martin and Chardy rallied from behind to avoid an early round upset. The 2019 Roland Garros doubles finalists seek another deep run this year in their home Grand Slam.

Martin and Chardy are the 14th seeded men’s doubles duo in the draw and will play Cameron Norrie and Marton Fucsovics in the second round. Norrie and Fucsovics beat Americans Tennys Sandgren and Mackenzie McDonald 6-4, 2-6, 6-2 in the first round.