Fritz Fires Into Third Round at Roland Garros 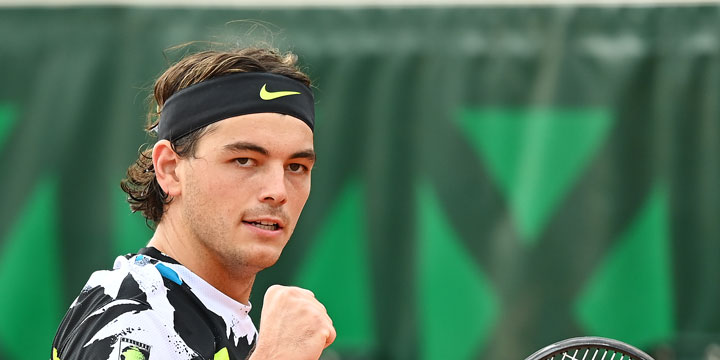 American Taylor Fritz is through to the third round at Roland Garros after a straight-set 6-3, 6-2, 6-4 victory over Radu Albot in round two. With the win, Fritz has now reached the third round for the third consecutive Grand Slam. With fellow American Jon Isner being upset in round two earlier today, Fritz is now the highest ranked American remaining in the draw.

The No. 27 seed fired 16 aces and won 85% of his first serve points against Albot. The big hitting Fritz hit 41 winners and took the match in just over two hours.

In the third round, Fritz will face Italian Lorenzo Sonego who beat Alexander Bublik of Kazakhstan in the second round. In 2018, Fritz beat Sonego at Wimbledon 3-6, 6-3, 6-2, 6-2 in their only career meeting.