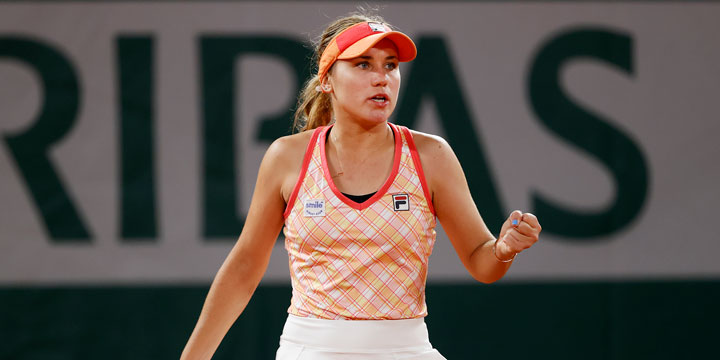 Sofia Kenin beat Fiona Ferro on Monday afternoon to advance to the Roland Garros quarterfinals for the first time in her career. After dropping the first set, Kenin rallied back to avoid being ousted in the fourth round for the second consecutive year. Last year, Kenin lost to Ashleigh Barty, who went on to claim the singles title.

Kenin completed the turnaround in emphatic fashion, dropping only three games in the final two sets en route to a 2-6, 6-2, 6-1 victory to reach her second career Grand Slam final eight.

The No. 4 seed awaits the winner of Ons Jabeur and fellow American Danielle Collins. Their match, originally scheduled for Monday, will now be played on Tuesday due to weather in Paris.