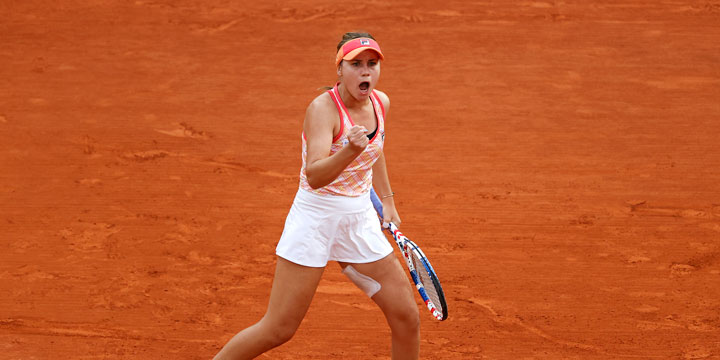 Sofia Kenin will play in her second career Grand Slam final on Saturday at Roland Garros after beating two-time Wimbledon champion Petra Kvitova 6-4, 7-5 in Thursday’s semifinal. Kenin will square off against Iga Swiatek on Saturday. Kenin, who won the Australian Open earlier this year, seeks her second Grand Slam title of 2020.

The final will be the first career Grand Slam final for Swiatek, the world No. 54 from Poland.  She beat Podoroska 6-2, 6-1 in the semis and upset World No. 1 Simona Halep earlier in the tournament.

“I’ve already done it in Australia,” Kenin said, considering Saturday’s match. “I’ve had tough matches these past two weeks and I’m so excited to be in the final. It’s incredible. I’m going to enjoy this moment today and get ready for the final”.

“We played in juniors in the French Open. It was a close one. I’m going to prepare for the final and I’m going to do my best.”

With a win, Sofia Kenin would claim her second career Grand Slam title,  achieve a career high No. 3 ranking and become the first player on the women’s tour to win two Grand Slams in the same year since Angelique Kerber did so in 2016.